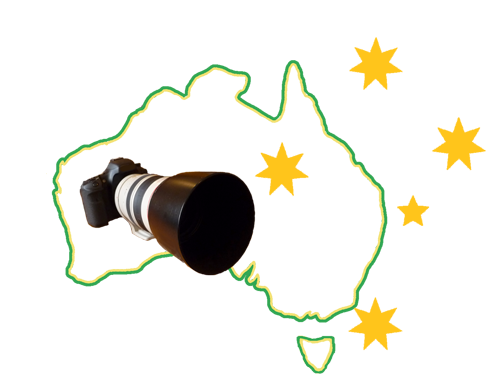 Mouse over image to control the slideshow.

The Australian team came into the WACA test 2 up, the English team had to win or draw this test to keep their Ashes hopes alive. Steve Smith tossed the coin and lost, Joe Root decided to bat and put the Aussies into the field. Mitchell Starc and Josh Hazelwood opened the bowling .First wicket to fall was Alistair Cook who went lbw to Starc for 7 runs ,1/25 .The next wicket to go James Vince who put on 25 runs ,2/89.Coming out next was the English captain Joe Root  who put on 20 runs before being caught behind  3/115,bowled Pat Cummins .At this stage the match was starting to swing in favour of the Aussies ,Mark Stoneman put on 56 runs before he was caught behind from a quicker ball from Mitchell Starc  4/131 .Dawid Malan came out and started to build on a partnership with Jonny Bairstow ,these two batsman started to change the way the match was going ,they were easily scoring runs ,Dawid Malan was the first of the two batsman to get there 100 ,by now the match had started to swing in favour of the English ,but then Nathan Lyon  put one up that Dawid Malan couldn’t resist and it was the sub that took the catch ,Malan ended up making 140 runs off 277 balls 5/368 ,Moeen Ali came out and joined Bairstow ,Mitchell Starc lined and let one rip and it clean bowled Jonny Bairstow for 119 runs off 215 balls ,England were now 6/372 .Next batsman to head back to the pavilion was Moeen Ali who made a duck ,8/389 ,Chris Woakes  put on 8 before he was caught ,bowled Josh Hazelwood 9/389 ,the wickets were starting to fall as the tail ender’s tried to make a few more runs  ,Craig Overton made 2 ,Stuart Broad managed 12 before losing his wicket to Starc ,James Anderson ended up not out .England were all out for 403 of 115.1 overstep best of the Aussie bowlers was Mitchell Starc taking 4/91 of 25 over’s , Josh Hazelwood got  3/92  of his 28 over’s ,Pat Cummins picked up 2/84 off his 28 over’s ,Nathan Lyon picked up 1/73 off his 22 over’s.

The Australians came out with David Warner and Cameron Bancroft opening the batting, but after 13 over’s David Warner was caught behind for 22 off 36 balls 1/44, bowled by Craig Overton. Next to go was Cameron Bancroft who made 25 of his 55 balls Australia were 2/55 before he went lbw to Craig Overton .Usman Khawaja put 50 runs on the board before being caught lbw by Craig Woakes - 3/179 ,Shaun Marsh got 28 runs off 75 balls ,Then Steve Smith and Mitchell Marsh put together a  partnership of 301 runs ,Mitch Marsh was the first to go after going lbw to Anderson ,it was Mitch Marshs’ maiden test century ,he made a well put together 181 runs of 236 balls - 5/549 .Four over’s later it was the Australian captain Steve Smith who also went lbw to Anderson ,Smith made his 239 runs from 399 balls ,it was Steve Smiths first double century  – 6/560, Mitchell Starc came out and headed back after being run out for 1 run -7/561.Pat Cummins put together a valuable partnership with Tim Paine before going lbw to Anderson ,Nathan Lyon came out and hit a 4 then was caught of the bowling of Anderson .Tim Paine ended up making 49 not out ,the innings was closed at 9/662 off 179 over’s .

The English finally came out for their second innings  looking to get 259 runs to avoid the outright .In the second over  Mark Stoneman was caught behind for 3 –  1 /4 ,5 over’s later Alistair Cook went again for 14 with a sharp c + b off Josh Hazelwood  2/29 ,Joe Root was the next batsman to go making 14 runs he was caught off the bowling off Nathan Lyon  3/60 ,it was 4/100 when James Vince was bowled by Starc for 55 off 95 balls.Jonny Bairstow was the next batsman to go ,he made 14 off 26 balls ,the touring side were now in trouble at 5/133 ,  Moeen Ali made 11 before being caught lbw off Lyon -6/172 ,Dawid Malan put together a solid 54 before being caught behind off Josh Hazelwood – 7/196 ,England still 87 runs from losing outright were in trouble ,Craig Overton was the batsman to head back to the pavilion after being caught by Khawaja bowled by Hazelwood - 8/210,Stuart Broad came out but unfortunately was caught behind ,bowled Cummins for a duck  - 9/211 Chris Woakes made 22 before caught behind bowled by Cummins 10/218 .Josh Hazelwood put in a great performance getting 5/48 off 18 overs,Pat Cummins and Nathan Lyon both finished getting 2 wickets each ,Starc ended up getting 1 wicket .England lost by 41 runs and were beaten outright by a  better Australian team .Man of the Match went to Steve Smith.